Philadelphia, PA (CNN) The free food delivery that arrives at Beth Greenlee’s door each week is much more than an endpoint of the US supply chain. It’s her lifeline.

The 61-year-old has Stage 4 endometrial cancer and little income. For eight months, she’s been relying on food from MANNA, a non-profit that provides free meals to more than 1,200 of the sickest people in Philadelphia.

“I’ve even gained a few pounds in spite of my illness,” Greenlee said. “God only knows how thankful I am for the meals.”

But a crisis looms at MANNA. Their food costs are up 40%, they say, and by December they’ll likely have to stop taking on new clients — maybe hundreds of them.

“That will break our hearts,” MANNA CEO Sue Daugherty said. “But we could not have planned for this in a million years.”

As families across the country deal with wide ranging impacts of the congested supply chain — from delayed furniture to rising car prices — others are facing a more acute problem: finding enough to eat.

A survey published in September by Impact Genome and The Associated Press-NORC Center for Public Affairs Research found 23% of Americans experienced food challenges in the past year, with 37% receiving some type of food assistance from non-profits or the government.

Experts say there’s plenty of food out there, but with cargo ships backed up, manufacturers are missing materials. And shortages of labor and truckers are making it harder and more expensive to package food products and transport them where they need to go.

Consumer prices are rising at the fastest 12-month pace since 2008. The amount of products that were out of stock online is up by 172% when compared with January 2020, according to Adobe Analytics.

Food banks nationwide are facing a drop in donations.

“What we see is our food banks having to increase purchasing, which of course costs them a whole lot of money to get the food that they need for their communities,” Feeding America COO Katie Fitzgerald said. “Even donated food is being reduced because of the increased cost of food. So, for instance, manufacturers are able to give us less because they can sell that food on the secondary market, because of its increased value.”

At El Pasoans Fighting Hunger, a large food bank in El Paso, Texas, demand has quadrupled since the start of the pandemic. Now, truckloads of food just aren’t showing up to their desert community.

“We are struggling every day to find adequate supply,” CEO Susan Goodell said. “We are entirely dependent on manufacturers, suppliers, brokers, retailers, etcetera. So at the end of the day, we do not control our destiny when it comes to how much food is actually available.”

The Texas food bank is already dealing with a labor shortage, which forced it to close three of its five locations, making some families drive long distances to get their food.

In Philadelphia, the supply at the Mission House is the lowest it’s been during Annette Glover’s 27 years running the food pantry. Her concern is shifting to Thanksgiving, with the price of turkeys spiking and donations stalling.

“The biggest fear is that we [don’t] have enough food to feed the people,” she said. “If they don’t come in, I’ll use my money to buy them turkeys to have a good Thanksgiving and Christmas.”

In June, the grocery vendor for the School District of Philadelphia abandoned them, citing the supply chain and a worker shortage. The district’s orders have been unpredictable all year.

“It’s actually vendors not producing products,” said Amy Virus, the district’s Manager of Administrative and Support Services. “We are really working behind the scenes to make sure we have something for the menu for students to have.”

Their schools are missing different items each week. Right now, they’re running out of paper trays. The district is making daily menu changes, even with their food staff down more than 20 percent.

The district insists the quality and quantity of their meals has not changed. But Stefanie Marrero started packing lunch for her four kids over concerns about their nutrition.

“They’d come home every single day hungry and wanting a full meal as soon as they walked in the door,” Marrero said, adding that the lunch packs have become a financial burden for her family.

“Our vendors don’t have enough labor to produce all the food and supplies we’ve ordered, and distributors don’t have enough truck drivers to get the goods to us,” School Nutrition Association President Beth Wallace said. “So our school nutrition professionals are having to go to great lengths to get healthy food on the tray for all of our students each day.”

Oscar Rivera has two sons in the district, and he’s currently unemployed. His family is now spending more on groceries and turning to food banks to put dinner on the table.

“We can no longer say ‘we’re going out to have fun’ because we need to buy food first,” Rivera said through an interpreter. “Food is the most important thing there can be in a home. Toys don’t matter, going out doesn’t matter, but food does matter.”

The US Department of Agriculture is sending $1.5 billion to schools to combat the food shortages. The government is also granting waivers allowing schools to find quick substitutes when more nutritious food products are not available.

“I do have a few sayings in my office and that’s one of them: ‘what is the crisis this week’,” said Amy Virus, of the Philadelphia school district. “We’re getting good at it, but it’s really a grind and we need some stability in the supply chain.” 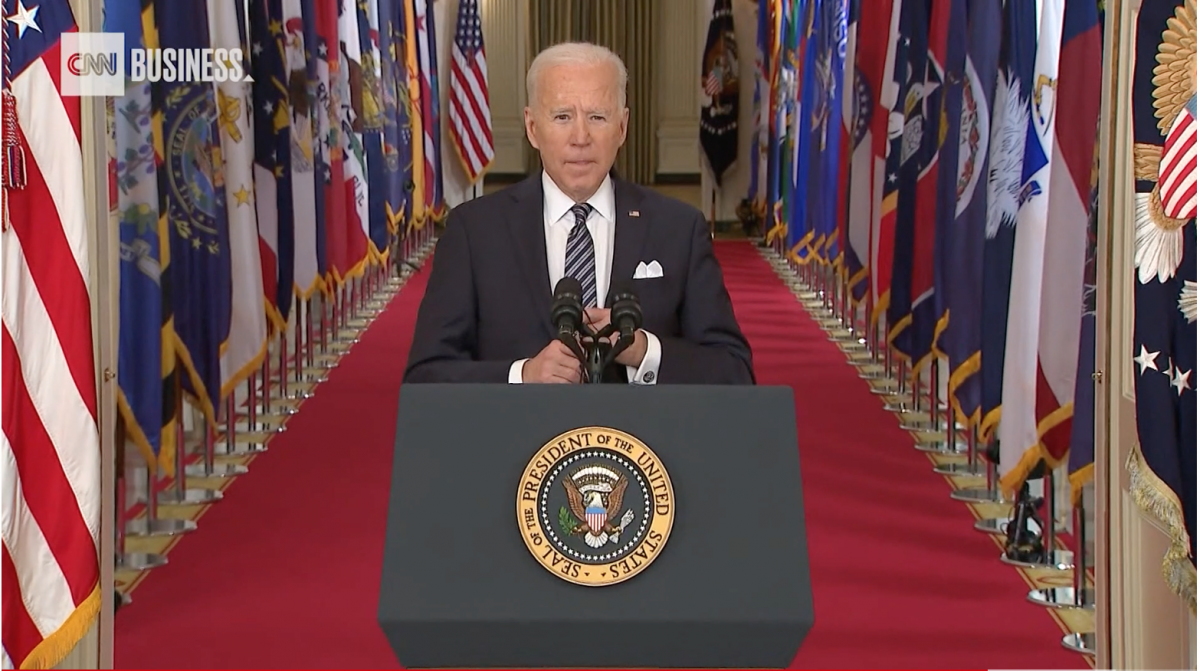 Economists polled by Refinitiv expect that between July and September America’s economy grew at the slowest pace since the recovery began — an annualized rate of 2.7% — and a massive step down from the 6.7% rate in the spring.
At 2.7%, the pace of US gross domestic product growth, the broadest measure of economic activity, would pretty much be where it was before the pandemic. The growth rate in the third quarter of 2019, for example, was 2.8%.
So it’s not … terrible. It’s just bad news by recovery standards.
But the Federal Reserve Bank of Atlanta’s GDPNow model looks even more dire, projecting an annualized growth rate of only 0.5% in the third quarter.
“Supply chain bottlenecks sharply curtailed activity last quarter despite the massive stimulus spending,” said economists at Action Economics.
For the Biden administration, it means the White House and lawmakers have their work cut out for them to get the recovery back on track.
Washington said it will work with ports to resolve shipping backlogs, which sounds promising, but right now some $24 billion worth of goods are still floating on container ships outside the ports of Los Angeles and Long Beach.
Shortages everywhere you look
The supply chain crisis is a problem everywhere. Factories are waiting for materials and parts and consumers are standing by for finished products as prices continue to soar. US industrial production declined in September by 1.3% as manufacturers struggled with shortages of materials and qualified workers.
Over time, the supply chain gridlock should ease — or at least that’s the hope. But there is also a labor shortage holding companies back.
US job openings spiked to a record 11.1 million in July as companies across sectors were looking for staff to help meet the surge in consumer demand. Restaurants, many of which had to furlough their staffs, have had a hard time getting enough workers back, while manufacturers in particular are complaining of a lack of skilled laborers.
America’s workers are in hot demand, but many are still struggling with care responsibilities of their own and the risk of contracting the virus. Those millions of unfilled jobs also mean that workers can afford to wait until they find a good opportunity. In response, many companies are raising wages to attract potential employees.
Nervous consumers
Rising wages are definitely good for consumers, but Americans still had lots of other things to worry about in the third quarter.
For one, the more infectious Delta variant of the coronavirus hurt consumer sentiment, sending the indicator to its lowest level since December 2011. The renewed rise in infections temporarily hurt customer’s willingness to be around strangers at restaurants or in airplanes.
Meanwhile, inflation kept hitting new highs. In June, July and September, consumer price inflation stood at 5.4% year-over-year, a 13-year high. Another inflation measure, the price index that tracks consumer spending, rose to 4.3% year-over-year in August — a 30-year high.
Rising prices haven’t deterred consumers — at least so far. But there is worry that prices could eventually rise high enough that Americans would start closing their wallets.
Tuesday’s consumer confidence data for October suggests this still hasn’t happened and consumers are still happy to spend — good news for the fourth quarter.
“We expect a return to form for the American consumer in the final quarter of the year,” said Joe Brusuelas, chief economist at RSM US.
In fact, the hope for a robust holiday shopping season might already have helped with GDP growth in the third quarter: “The major catalyst for growth during the third quarter will almost certainly be a strong period of inventory building ahead of the traditional holiday shopping season,” Brusuelas said. 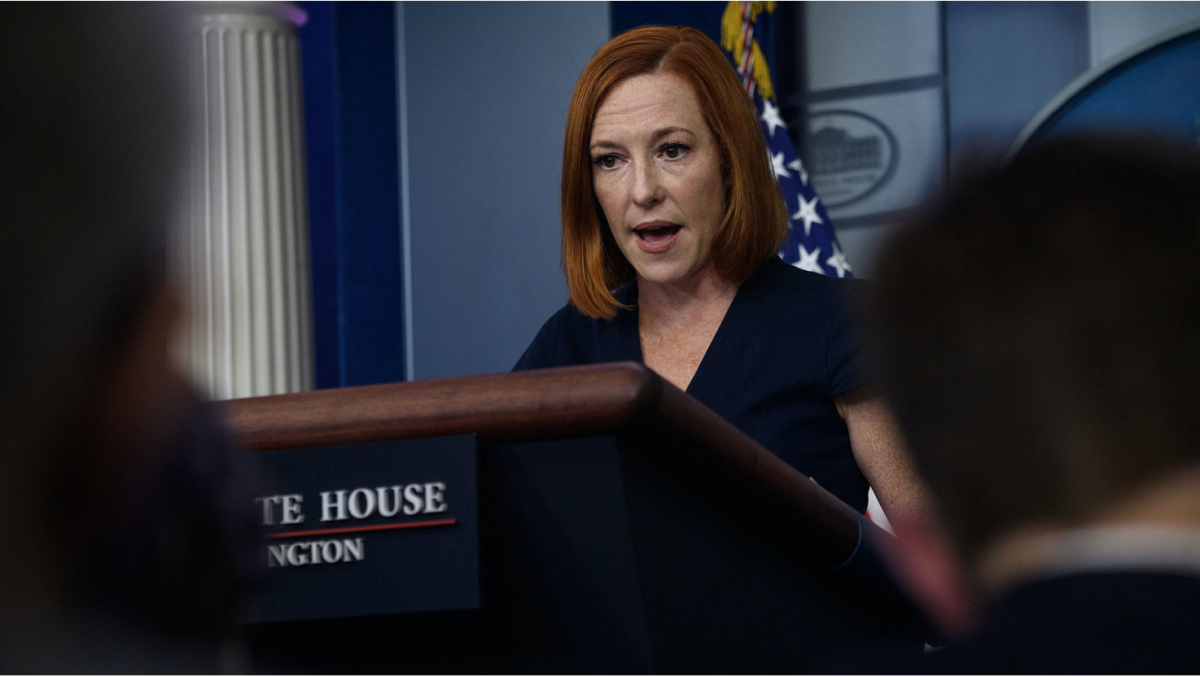 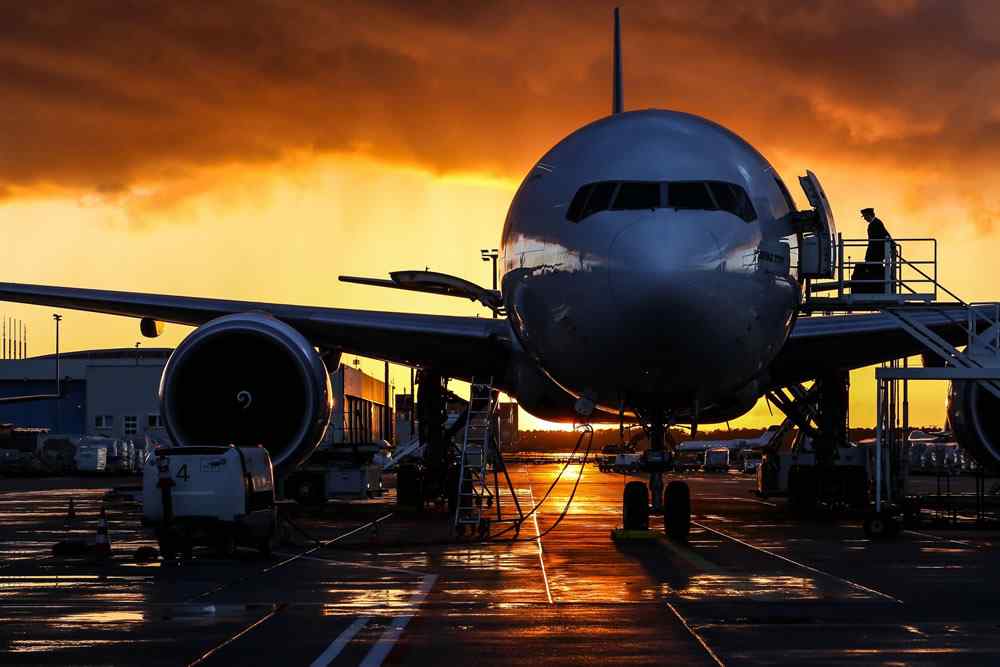