For more than a while now, there has been a general consensus of “we will see what happens” among global supply chain, logistics, and freight transportation stakeholders, when it comes to what actually happens, or what the eventual fall out will or would be as a result of the tariffs the United States planned to place on Chinese imports to the United States.

Well, that time is now officially here, with the White House saying it’s moving forward with a 25% tariff on $50 billion of goods imported from China, as well as focusing on: protecting domestic property and intellectual property; stopping noneconomic transfers of industrially significant technology and intellectual property to China; and enhancing access to the Chinese market.

So instead of the “what if” scenarios that had been floated and discussed, we are instead in a “what now” scenario. And, to be sure, that scenario is fairly open-ended at this point.

For nearly 18 months, or even longer, there have been steady gains in United States-bound imports from China, with much of it due to the pending, now actual, tariffs, which have been by viewed by many as protectionist measures.

What happens now remains to be seen on myriad fronts, but one thing for certain is that these new tariffs are not catching anyone by surprise, as the very real possibility of them taking effect has been really going back to early March when the White House first floated the possibility.

Much of what is driving the White House’s tariff endgame is the need to compete on a global basis, which requires the U.S. being able to grow its global exports, according to Walter Kemmsies, Managing Director, Economist and Chief Strategist for JLL’s U.S. Ports, Airports, and Global Infrastructure Group.

“It is important, as the U.S. [collectively] is not the youngest or most vibrant consumer group in the world,” Kemmsies said.

“While there are a lot of millennials out there, it is going to be a while before they become ‘hardcore’ consumers like their parents are. If you are really going to grow, you want to tie your economy to where the consumers are spending and the consumer is global and spending on things like food, where we are really well positioned, clothing, automobiles, and appliances. We are also the world’s most efficient plastics producer….we need to leave the markets open for that and also to compete on an equal basis. In the end, what the U.S. really is asking the world is to ‘let our companies compete with yours on an equal basis.’”

And in order for global shippers to weather whatever tariff storms that may be coming, taking a longer view of trade beyond just the U.S. and China is a good step to take.

That requires looking into setting up production and distribution operations in places like Vietnam and India, as well as parts of Africa, which Kemmsies said are emerging.

“If you are going to operate as a global company, you need to make your decisions that way, too,” he noted.

“When you look across certain products, you can see how bad some supply chains are actually managed if they are not. It makes no sense not to truly diversify globally. If you source stuff in one country and sell it in another, you are extremely vulnerable.”

What’s more, even if these tariffs do not lay out the possibility of a full-on trade war, Kemmsies said there is no benefit for shippers to be so concentrated on one country, even though China has the capacity and manpower to meet the needs of many shippers. But for products and designs that can change on the fly, he said China is not optimal, as it is more large scale-focused.

While Kemmsies stresses shippers look beyond China, Ben Hackett, founder of maritime shipping consultancy Hackett Associates, made the case that implementing tariffs will result in retaliation from major U.S. trading partners, calling it a “shoot yourself in the foot” strategy. 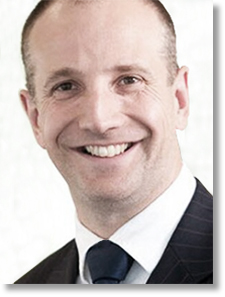 “In a world with no President Trump and President Xi shouting at each other, we are feeling pretty optimistic about things”Chris Rogers, Research Director, Panjiva

“How is that good for America? If the steep tariffs are put into place expect higher producer costs and lower exports,” said Hackett. “Again, neither good for the American economy nor the consumer. Nothing is certain anymore in Washington, D.C.”

And Panjiva research director Chris Rogers noted that despite the back and forth between the U.S. and China regarding tariffs and related protectionist measures, things overall are in a pretty decent place, as it relates to global trade.

“In a world with no President Trump and President Xi shouting at each other, we are feeling pretty optimistic about things. Consumer confidence and business confidence are down a little bit but still remain at high levels. Most products [categories] are seeing solid growth, but there remains an overhanging worry about tariffs finally arriving, with the ones for metals already intact. But once others kick in, there could be a sense of the wheels coming off the wagon.”

“One could argue that the mixture of nervousness, coupled with sensible supply chain strategies, could lead to less growth,” he said.

“But things are a long ways from not growing as much as in the past, as opposed to [shipment levels] actually falling. It is possibly a sign of more to come, with signs of a summer slowdown, much like what has occurred over the past two years.”

It’s a brave new trade world now, and it looks like it will be quite the ride.

Related Article: Trade Relations are Building a Bigger Wall Between US & China

Global Apparel Leader Achieves Swift Footing In and Out of China
Apparel company now is looking to expand to further solidify its competitive advantages to and from China. Download Now!

China Trade Operations: Trends and Advancements
While over 77% of companies are currently operating in China, the majority are unable to address the dynamic and complex trade environment – this Aberdeen Group report provides in-depth insights into the complexities of China trade operations. Download Now!

The Keys to Effective China Trade Operations
China’s dominance as the world’s top country for sourcing hasn’t swayed under the pressures that have been the topic of discussion in the boardroom, on the campaign trail, around the dining room table, or during trade negotiations in nearly every country around the world. Download Now!