As reported by Rob Smith, National Retail Reporter, CoStar Group, Amazon, the online innovator that changed retailing, now has plans for a futuristic airborne fulfillment center where it would use drones to deliver goods.

The e-commerce giant was granted a patent for the conceptlast month, and it has another pending for a vertical warehouse that looks more like a skyscraper than a distribution center.

The cutting-edge ideas show how far developers may have to go to address the growing demand for industrial space as more Americans shop online.

Already, the first multistory warehouses in the U.S. are scheduled to open in urban areas as developers and retailers respond to the rise in e-commerce and the need for quick delivery of goods.

Amazon and other retailers are analyzing their supply chains and shifting how developers view warehouse space.

By 2028, 40 percent of all parcels will be delivered within two hours, according to a study released earlier this year by Zebra Technologies.

“The changes we’re undergoing right now are coming at a pace we’ve never seen before,” said Garrick Brown, vice president and head of retail research, Americas, at commercial brokerage Cushman & Wakefield. “The evolution in the next 10 years will match what we’ve seen in the last 40.”

Amazon, the world’s largest retailer, could conceivably test concepts such as the futuristic fulfillment centers at its planned second headquarters location, which it has said it will announce this year.

According to the patent, the airborne fulfillment center is designed to look somewhat like a blimp and to float thousands of feet up in the sky where drones buzz in, pick up packages and fly away to make deliveries.

Whether these radical ideas happen or not, skeptics should not dismiss the plans of Amazon or its founder and chief executive, Jeff Bezos, said Ben Conwell, senior managing director and e-commerce advisory group lead at Cushman & Wakefield. Before joining the brokerage, Conwell served as Amazon’s director of North American real estate operations from 2011 to 2014.

“It may not look exactly like some of these fun patents in the can, but somewhere between reality and fantasy,” he said.

“In the last 20 years, a lot of people have lost a lot of money betting against Jeff Bezos and Amazon.”

This fall, Prologis Georgetown Crossroads expected to open what its Website touts as “the first multistory warehouse in the United States” in a neighborhood minutes from downtown Seattle. The three-story, 590,000-square-foot, ground-up warehouse features 410,000 square feet of dedicated fulfillment space designed for e-commerce purposes. Prologis is also developing multistory warehouses in New York and San Francisco. 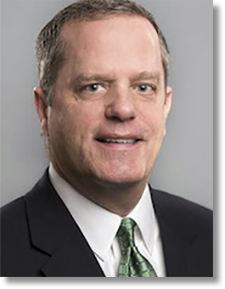 “Let’s build a couple distribution centers, stack ‘em on top of one another, and then we’ll figure out how to make buildings with a smaller footprint work”Ben Conwell, senior managing director and e-commerce advisory group lead at Cushman & Wakefield

Developers are also starting to increase the height of their warehouses. Vertical warehouses have been built in places such as Hong Kong and Shanghai where land prices are expensive, but the concept is just now starting to catch on in the U.S., said Conwell.

He said technologies such as automation and drones will increasingly lead to taller warehouse ceilings – perhaps as high as 60 feet – well above the industry standard of 36 feet.

Amazon is among those leading the charge, opening small, urban warehouses to make a two-hour delivery for Prime members possible.

Amazon, which now operates more than 30 across the U.S., said its shipping costs last year were $21.7 billion, almost double what they were two years prior. The company is seeking to mitigate those costs partially by making its fulfillment centers more efficient, according to its 2017 annual report.

“There’s no question that’s the direction we’ll eventually get to,” Conwell said.

“Let’s build a couple distribution centers, stack ‘em on top of one another, and then we’ll figure out how to make buildings with a smaller footprint work.”

Related Article: 40 Percent of Parcels Will Be Delivered Within 2 Hours By 2028

Building the Smarter Warehouse: Warehousing 2020
This online survey asked IT and operations personnel in the manufacturing, retail, transportation, and wholesale market segments to share their insights and business plans over the next five years, in light of a rapidly changing industry. Download Now! 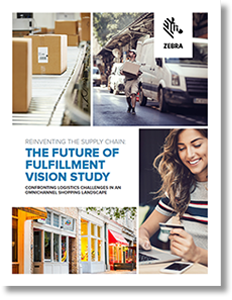 Future of Fulfillment Vision Study New!
Zebra Technologies commissioned a global research study to gain a richer understanding of how manufacturers, retailers, and logistics firms are preparing to meet the growing needs of the on-demand economy, the surveys were designed to reveal plans, implementation levels, experiences and attitudes toward omnichannel logistics. Download Now!

How Out-of-Stock Inventory is Killing Toys’‘R’‘Us